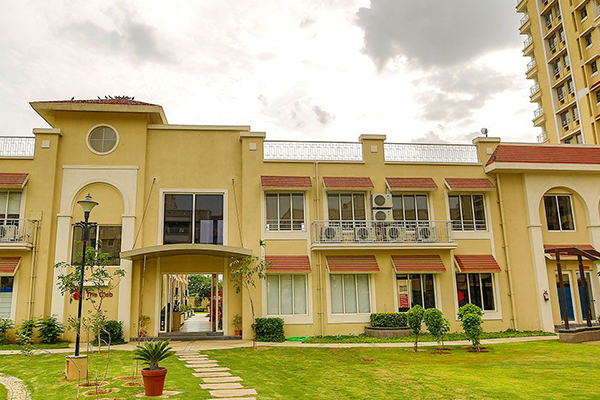 3 Undeniable Reasons to Invest in Jodhpur

Famously known as the “Blue city of India,” Jodhpur is the second largest city of Rajasthan. One of the most gorgeous cities in the country, Jodhpur has come a long way since its origins centuries ago.

Here, in this blog, we show you why investing in property in Jodhpur is a great choice for investors and home buyers.

A Quick Introduction to Jodhpur’s History

Jodhpur was founded by Rao Jodha, a chief of the famous Rathore clan, way back in 1459. The city was earlier known as Marwar. Later, the name was changed to Jodhpur, in honour of its founder. It’s the second largest metropolitan city in Rajasthan and is divided into two main areas – the old city and the new city.

The old city is separated from the rest of Jodhpur, with a 10 km long wall that surrounds its perimeter. Eight gates lead in and out from the old city. The old city is mainly a tourist destination with some iconic tourist hotspots within the walls.

The new city is the modern metropolis that grew around the old city and contains the recent developments in Jodhpur.

Jodhpur is a very popular tourist destination, not just in Rajasthan but all over the country. Thousands of tourists, both domestic and international, visit the city every year to enjoy its scenic landscape and mesmerizing heritage buildings, forts and other tourist spots.

Jodhpur is home to many historical palaces and forts like the famous Mehrangarh Fort, Umaid Bhavan Palace, Jaswant Thada, Rai ka Bag Palace to name a few. Other charms of the city include the beautiful Umed Garden and the extensive Government museum.

With a large number of tourists visiting the city all through the year, Jodhpur has seen plenty of infrastructure development in recent years to accommodate the growing number of visitors. From 5-star heritage hotels to budget hostels, AirBnBs and rented apartments – Jodhpur has a wide array of accommodations to suit all travellers.

Apart from hotels, Jodhpur has also seen a significant increase in the number of restaurants and cafes, giving the city a modern vibe. Apart from sightseeing and tourism, Jodhpur is also a hotspot for destination weddings. The majestic forts and palaces make Jodhpur a great choice for those looking for a royal wedding.

Apart from tourism, handicrafts are the other biggest contributor to Jodhpur’s economy. In recent years, the local handicrafts industry has seen a huge surge in market share. Metal utensils, ink, textiles, bicycles, sporting goods are some of the items manufactured here. Furthermore, handmade goods like cutlery, glass bangles, marble products, and carpets also are hugely popular in Jodhpur and are exported worldwide. The EPCH (Export Promotion Council of Handicrafts) the national body that oversees the export of handicrafts has a regional office in Jodhpur, to handle exports of the locally produced craft items.

All this has contributed to the significant rise in the value of real-estate in Jodhpur. Residential and commercial properties are in high demand, with prices predicted to increase further, making Jodhpur a great choice for real-estate investors.

Real-estate experts state that tier-II and tier-III cities in India like Jodhpur are growth engines for the future. With property prices sky-high in tier-I cities and a growth saturation, most multinational companies are considering relocating to smaller cities to cut down on costs.

Availability of skilled labour at low-cost and vast areas of land for commercial development has made several leading companies consider Jodhpur and its nearby areas for their new projects. Furthermore, the state government of Rajasthan is actively working to bring in investors to its second largest city and has even proposed the development of a Special Economic Zone (SEZ) in Jodhpur, in the next few years.

Here are some of the notable infrastructure developments already in place in the city.

Recently, the Rajasthan government announced that it is cutting down the DLC (District Lease Committee) rates, which in turn will bring property prices down all over the state. With favourable taxation rules, real-estate investors in Rajasthan see lower tax burdens compared to other nearby states of Delhi, Haryana, Punjab, and others. Also, the revised GST rates on under-construction housing properties have been revised down from 12% to 5%.

According to Analysis by the NHB (National Housing Bank) Residex data tracked from 2007 to now, shows that property prices in tier-II cities like Jodhpur have seen huge price appreciation (45 to 120%) in recent years, compared to metros where property prices have been stagnant (or have even declined) in the last few years.

Jodhpur is one of the fast-growing tier-II cities in India, with huge growth potential. The city has seen plenty of infrastructure development in recent years. Whether you are looking for high-rise apartments, flats in Jodhpur or individual villas, Jodhpur has an array of properties to suit all budgets.

With renowned educational institutions offering world-class education like NLU, IIT, and NIFT coming up around the city, young families from the rest of the state and the rest of India are looking to move to Jodhpur. Conducive government policies like cutting down the DLC and lower tax burden, along with thrust on infrastructure development likebuilding new roads are fuelling growth in Jodhpur, making it a prime real-estate destination in the country.

Invest in Jodhpur now, and enjoy high-returns for your real-estate investments in the city, a few years down the line.