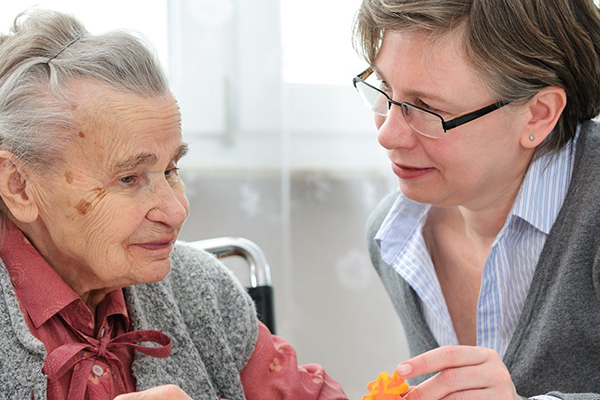 Dementia is a general term used to describe the progressive decline of memory or other mental faculties that prevent a person from performing normal everyday activities.

People with dementia can have short term memory problems, such as remembering appointments, keeping track of a wallet or a purse, paying their bills or traveling out of their neighbourhood – or problems with communicating, interacting socially, planning and judgment and performing daily activities.

Dementia mostly affects elderly people, though younger people can also have it (rarely).

Most dementias deteriorate with time, i.e. the symptoms start out slowly but gradually become worse. If you or a loved one is struggling with memory problems or thinking skills, don’t ignore them – especially if you’re more than 60 years old. See your doctor to determine the cause of the problem. Professional evaluation may detect a condition that is treatable. And even if the symptoms suggest dementia, early diagnosis helps because it allows for:

What are some of the key facts about dementia?

Some of the key facts about dementia, according to a World Health Organization (WHO) factsheet, are:

What are the most common types of dementia?

The four most common types of dementia are:


How does a person get dementia?

Dementia is caused when brain cells get damaged, resulting in their inability to communicate normally among each other. When this happens, thinking, behaviour and feelings may be affected, thereby leading to dementia.Dementia can be caused by:

Although most changes in the brain that lead to dementia are permanent and worsen with time, thinking and memory problems caused by the following conditions can improve if the condition is properly treated or addressed:

How is dementia diagnosed?

There is no single test to determine if someone has dementia. Doctors diagnose dementia – whether it’s Alzheimer’s or some other type of dementia – based on:

Doctors can successfully determine – with a high level of certainty – that a person has dementia. But they generally find it harder to determine exactly what type of dementia a person has. That’s because the symptoms and brain changes of different types of dementia can overlap. In some cases, a doctor may diagnose the condition as dementia but not specify the type. If this occurs, it may be necessary to visit a specialist.

How is dementia treated?

How dementia is treated will depend on its cause. Unfortunately, most progressive dementias (including Alzheimer’s disease) cannot be cured, and there is no treatment to slow it down or stop its progression.However, cognitive (i.e. mental) and behavioural symptoms of dementia can be temporarily improved via:
i. drug treatments
ii. non-drug therapies

Sometimes, treating conditions such as diabetes, metabolic disorders and vitamin deficiencies may reduce or even almost eliminate the symptoms of dementia.

How can dementia be prevented?

Risk factors for dementia such as age and genetics cannot be changed. However, among the most active areas of research in risk prevention and reduction include physical fitness, diet and cardiovascular health.

What are the most common symptoms of dementia?

Dementia can include several symptoms, such as memory loss, change of personality and impaired intellectual functions caused by disease or trauma to the brain. With the onset of dementia, there will most likely be a noticeable decline in communicating, remembering, learning and problem solving. These changes may take place very slowly or quickly, depending on the type of dementia and the area of the brain that is affected.

A person with dementia will most likely:

What is the state of dementia in India and the world?

According to World Alzheimer Report 2015, a “UK study has estimated that the health and social care costs for dementia almost match the combined costs of cancer, heart disease and stroke. In a Swedish study, the annual costs of dementia exceeded those of depression, stroke, alcohol abuse and osteoporosis. “Dementia in India is becoming more prevalent with the increase in population, average income and life expectancy. According to Alzheimer’s Association India, “More than 60% of people with dementia are from low and middle income countries like India. This number will rise to more than 70% by 2050. “A brief snapshot of the state of dementia in India and world is given below:

The findings above point to the urgent need for a better quality of life for people living with dementia – via:

What other interesting information can you share with us about dementia? Do let us know – we’d love to hear from you!

What is a residential care home for elderly & steps to follow when choosing one?

What’s the difference between home care vs assisted living facility?

How to Find a Suitable Assisted Living Home for Your Loved Ones or Ageing Parents?