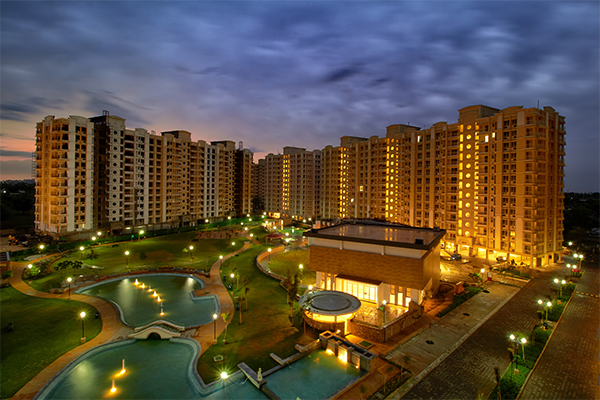 Jaipur is one of the fastest growing Tier-II cities in India. A few decades ago, much of the city’s economy depended on the precious stones and gems businesses and tourism. But, now the city has shed its image as a tourism-based centre, as more and more industries and IT/ITES companies have started establishing a base in the city.

With the city’s population growing rapidly, there’s a huge demand for residential properties in and around the city. With many MNCs setting up their operations in Rajasthan’s capital city, large numbers of families are relocating to Jaipur. Large open spaces, comparatively lower prices, a thriving lifestyle, lower pollution, and less chaos – it’s no wonder Jaipur is one of the most sought-after tier-II cities in the country.

When it comes to Jaipur, few select residential localities are a preferred choice for both locals and recent immigrants. And, one such destination is the upcoming posh residential area of Ajmer Road which has resulted in ajmer road becoming great investment destination

Here in this post, we highlight the reasons why Ajmer Road is a prime investment destination in the city:

Mahindra World City, located off the NH8 that runs between Jaipur and Ajmer is one of the major economic nerve centres of Jaipur. It’s an integrated business city, developed as a public-private partnership between RIICO and the Mahindra Group.

Located at a distance of just 20 mins away from Mahindra World City, you can avoid lengthy congested commutes with a home at Ajmer Road.

2. Just within 30 minutes drive away from Jaipur International Airport

The distance between Ajmer Road and Jaipur International Airport is around 25 – 30 minutes depending on traffic conditions. Jaipur is one of the rare Tier-II cities in India that has an airport that meets international standards.

As tourism is one of the major contributors to the economy of the city and the state of Rajasthan, Jaipur airport enjoys plenty of flights, both domestically and internationally. Compared to other city centres, it’s easier to travel to and from the airport from your home base in Ajmer Road.

3. Well connected by roads and public transportation to the rest of the city

A recent report by the Jaipur Development Authority published in the Hindustan Times revealed that nearly 60% of Jaipur’s population would have a public transport facility within walkable distance (500m) in the next five years.

As one of the upcoming neighbourhoods in the city, Ajmer Road has well-laid out roads and is connected to the rest of the city with frequent buses. Apart from public transport, there are several private operators ferrying residents to and from the rest of the city.

The first 27 km stretch of the Jaipur Outer Ring Road (ORR) was recently inaugurated by Mr. Nitin Gadkari, the Union Road Transport minister. In the initial phase of this project, a six-lane road connecting Agra road, Tonk road and Ajmer road, is expected to be developed. This is a huge relief for people travelling from Ajmer Road to Tonk Road, thereby reducing peak hour congestion significantly.

The JDA (Jaipur Development Authority) has decided to start the construction of the state’s first Greenfield ultra-modern bus depot at Ajmer Road. The bus depot will have infrastructure on par with International airports, offering commuters several amenities. Once this bus depot is constructed, it’s expected to reduce the congestion at the Sindhi Camp bus stand, that is currently experiencing huge congestion due to the increasing number of passengers and vehicular traffic.

4. Several Retail Outlets for Shopping and Other Essential Amenities .

One of the leading investors and developers in Rajasthan, the RUJ (Rajendra and Ursula Joshi) Group has recently announced that they are working on building a 150-bed super specialty hospital in Ajmer Road, Jaipur. Worth around 150-200 crores, the hospital will provide state-of-the-art healthcare facilities and will have various specialty departments like nephrology, gastroenterology, oncology, neurosciences, cardiology, CTVS, critical care, endocrinology and so on.

Dr Nalin Joshi, the MD of RUJ Hospitals said that the hospital would provide immense relief to the residents of Jaipur’s west zones, which currently doesn’t have any multi-super specialty hospitals.

Decathlon, Peter England, Samsung, Reliance Mart, IFB, Anokhi, Kalyan Jewellers – are some of the leading retail outlets that have showrooms in the area.

6. World-class Schools including the Much Sought-After DPS

Presence of world-class schools nearby is one of the essential criteria for young families while they evaluate residential neighbourhoods. Ajmer Road in Jaipur has an upcoming education hub with several CBSE, international and state board schools nearby. This is one of the major reasons why young families with school-going kids prefer emerging neighbourhoods like Ajmer Road compared to the old city centres.

7. Malls, Multiplexes and other Recreation Centres

Anchor Mall, Elements Mall Patanjali Mega Store, Pinkcity Trade Centre, Balaji Shopping Centre are the places to get your shopping fix in the city. Inox, Cinepolis, Galaxy Cinema Hall, Entertainment Paradise are some of the popular cinema halls in and around Ajmer Road.

8. Plenty of Restaurants to Eat Out

When it comes to dining, residents of Ajmer Road are spoilt for choice. From casual eateries to fine-dining restaurants you can choose based on your preferences. RJ 14, Chanakya Restaurant, Peacock Rooftop Restaurant, Regal Restaurant, Birajo – are some of the popular eateries that are a favourite among the residents.

9. Above all, Property Prices are lower compared to other Established Residential Areas

One of the biggest benefits of purchasing a residential property in Ajmer Road is that property prices are lower compared to other established localities near the city centre. Since Ajmer Road is an upcoming destination, property prices haven’t sky-rocketed and are quite affordable. With several national builders investing in the area, you can find affordable, comfort homes at competitive prices.

So, what are you waiting for? Scout properties in and around Ajmer Road, and invest in the area, before prices rise.