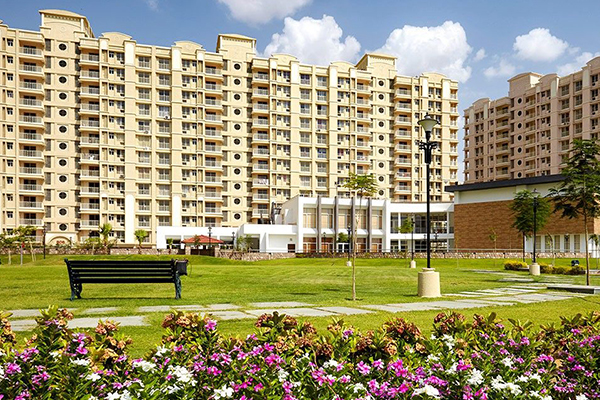 9 Reasons why Purchasing Property in Jaipur is a Profitable, Smart Decision

Jaipur, the capital city of Rajasthan, is one of the fastest growing Tier-II cities in India. Being a part of the golden triangle route, it’s a cultural hub of tourism. Furthermore, with flourishing small-scale and large-scale manufacturing plants, renowned educational institutions, a thriving export industry. Jaipur is right now one of the hottest real-estate markets in the country.

If you are looking to purchase property in Jaipur, here are nine compelling reasons why Jaipur makes for an excellent real-estate investment location.

Jaipur is well Connected to the Rest of the Country

As the capital of Rajasthan, Jaipur has excellent connectivity to the rest of India. It’s located strategically at the confluence of three National Highways, the NH 8, NH 11 and NH 12. The NH 8 connects links Delhi to Mumbai via Jaipur, the NH 11 connects Bikaner to Agra and runs through Jaipur, and the NH 12 connects Jaipur to the rest of Madhya Pradesh. Well-laid roads are one of the reasons for Jaipur’s increasing importance on the national map.

Apart from roads, the Jaipur junction railway station ferries passengers and cargo to and from all corners of the country. Jaipur is also well connected by air. The Jaipur International Airport handled 3,783,458 passengers in 2016 and won the award for the World’s best airport in the category of 2 to 5 million passengers per year airport in 2015, given by the Airports Council International.

The DMRC (Delhi Metro Rail Corporation) has successfully executed the first phase of the Jaipur Metro Rail Project with nine stations. The DMRC is also in the process of constructing double-story elevated road and Metro track project for the first time in India to ease traffic congestion between Jaipur and Ajmer.

The first phase of the metro runs from Manasarovar Depot to Chandpole, with stops along the way within the walled city, making commuting easier for the residents and well as tourists.

With robust infrastructure and superb connectivity, it’s no wonder that Jaipur is one of the fastest growing cities in India, with a massive real-estate boom.

Known as the Pink City, Jaipur is a must-see destination on most tourist itineraries. The city attracts thousands and thousands of domestic and international tourists every year, and nearly 80% of all international visitors to India make a stop at Jaipur, as part of their itinerary.

Famous for its majestic forts and historic buildings, though Jaipur is a modern city, it’s still steeped in rich culture and heritage. Amber Fort, Hawa Mahal, City Palace, and the Jal Mahal are some of the prime tourist spots. Most tourists start and end their tours of Rajasthan at Jaipur.

With ample tourism, fast growth is palpable in all tourism-allied infrastructures like hotels, restaurants, rented apartments and so on. This has led to the development of several luxurious residential projects in and around the city like the Vrinda Garden, Jagatpura, Gulmohar Garden, Choki Dhani, Ashiana Umang, near Mahindra SEZ, and Ashiana Utsav, Kalwar Road.

Apart from tourism, Jaipur is home to several leading international corporations like McDonald’s, Coca-Cola amongst others. General Electric, the Fortune 500 Company that triggered the rapid urban expansion of Gurgaon has now expanded to Jaipur.

Furthermore, Mahindra Group in a public-private partnership with RIICO (Rajasthan Industrial Development and Investment Corporation) has developed Mahindra World City, on approximately 750 acres of land, a world-class multi-product economic zone that is home to several IT and ITES companies like ICICI Bank, Infosys and Mahindra Rise to name a few. Mahindra SEZ is one of the major contributors in terms of employment opportunities. It has become an IT hub and big companies like WIPRO, Phone support, GENPACT, and Mahindra World City, etc.

The Sitapura Industrial zone spread over 518.65 hectares is home to several large, medium and small scale industries offering employment to lakhs of people from the nearby districts. It’s home to industries from across verticals including engineering, electrical, electronics, gems and jewellery, handicrafts, paper, leather, pharmaceutical, power looms and more. With the RIICO planning to set up an Information Technology park in Sitapur, many MNCs, and national level IT/ITES companies are scheduled to start operations in Jaipur, causing prices of property in Jaipur to witness heavy appreciation.

Jaipur along with the rest of Rajasthan is home to several luxurious high-end heritage hotels. Old colonial houses, forts, havelis, and palaces are converted to world-class hotels belonging to the Taj Group, the Oberoi Group, Welcome Group, and others. Apart from hotels, the city also contains several high-end shopping malls, multiplexes, recreation zones and more.

Additionally, several new hotels are expected to be opened later this year, all of which increase the value of flats in Jaipur, making it a lucrative investment opportunity.

Jaipur has recently seen the development of several upscale residential areas like Mahindra SEZ, Kalwar Road, Ajmer Road, Jagatpura, Choki Dhani, and many more. Investors who have invested in flats in Jaipur in these residential areas have seen healthy returns in just a few years. Property prices in these areas have seen huge Year-on-Year increases.

As you can see, the Jaipur property market has been pleasant offering huge capital appreciation to property owners.

Jaipur is well-known for its quality education, right from the primary level to higher education. The city has several reputed day-schools, boarding schools, and colleges that are preferred by students from all across the country.

With excellent schooling available, young families from across the state move to Rajasthan, thereby increasing the demand for residential properties in the city, which in turn increases property prices in Jaipur, offering excellent returns for real-estate investors.

aipur is home to excellent healthcare facilities like the Narayana Multispecialty Hospital, Somani Hospital, JNU Hospital, and Medical College, Fortis Hospital, SMS Hospitals and more. With affordable and world-class healthcare at easy distances, it’s no wonder that families shift bases to Jaipur from the rest of Rajasthan.

Both the state and central government have taken several initiatives to drive the economic growth of Rajasthan. From setting up special economic zones, special purpose industrial parks, and export promotional parks – the state government is investing heavily in the state, with ambitious plans of making it a world-class city in the next few years. Further, Jaipur is one of the first few cities across the country that has been identified for development as a smart city.

Under the smart city mission, JSCL (Jaipur Smart City Limited) aims to provide its citizens with a clean and sustainable environment, user-friendly infrastructure, while highlighting the heritage values of the city for tourists. Talkatora lake redevelopment, night market, public bicycle sharing scheme, air quality monitoring app, multi-level car parking are some of the initial projects that have been completed successfully under the smart city program.

The state government is further focussed on making Jaipur the hub for start-ups. Jaipur over the past few years have also emerged as a start up destination, jaipur based startups like CarDekho founded in 2007 with total funding of USD 292M, Voylla founded in 2012 to name a few. The Pink City is the first city in the country to join the prestigious ranking of “Cisco Lighthouse Cities”. The futuristic project brings Jaipur on par with other world-class cities, and the project monitors and operates the smart city infrastructure using a single network.

The Jaipur Outer Ring Road is a massive 6-lane, 150-kilometer road encircling the city. Built by the JDA (Jaipur Development Authority) the road will help ease traffic congestion in the city significantly. Made up of three phases, once fully finished the ORR will help make travel in and out of the city a breeze.

With plenty of urban infrastructure development happening at speedy rates, young families are moving to Jaipur, making it a prime real-estate market.

Jaipur has low crime rates compared to the rest of rural Rajasthan and other neighbouring cities. With plenty of tourists visiting the city, it’s one of the safest cities in the state. The crime index of Jaipur is moderately low at 33.38 and  SafeWise gives Jaipur a heathly rating of 52, higher than other nearby cities like Delhi. Furthermore, Jaipue doesn’t rank among the top Indian cities for murder, attempt to murder, riots and other violent crimes.

Purchasing Property in Jaipur – a Profitable Investment Today and Tomorrow

As you can see, Jaipur the capital city has plenty of factors that work in its favour. Modern lifestyles, without the exorbitant costs of metros, ample outdoor spaces, robust infrastructure and plenty of job opportunities, make Jaipur one of the prime real-estate destinations in the country.

With huge economic growth happening, property prices in the city are in an upward trend and purchasing property in Jaipur is sure to provide handsome returns and huge capital appreciation in the coming years.

anant singh and 1 others have reviewed this place

It's very true that real estate has experienced a boom in Asian countries, and none so much than India. GST and RERA indeed have helped propel the industry to a large extent, as has the convenience of housing loans. This is also mirrored in the global market, where the Asia-Pacific region has single-handedly covered more than half the market, as mentioned in a report by Grand View Research. However, do you agree with an Oxford research that says the global market will experience a slowdown?

Dear Anant,We completely agree with you that RERA have helped in blooming the real estate market to a larger extend where every information is available to all under one roof. At this current time we can tell you that as per Oxford Economics, a global slowdown is continuous & risks are rising that this year will face the weakest world's growth in post crisis period. However, we would like to inform you that we cannot comment on the global market as the future is uncertain and with our limited knowledge. Regards,Team Ashiana

Great! Thanks for providing Latest updates and useful information on the upcoming Projects in Jaipur

Dear Joyti,Thank you for appreciating our expertise knowledge. Now you can subscribe to us and get the latest updates straight in your inbox by subscribing our blogs. Regards,Team Ashiana