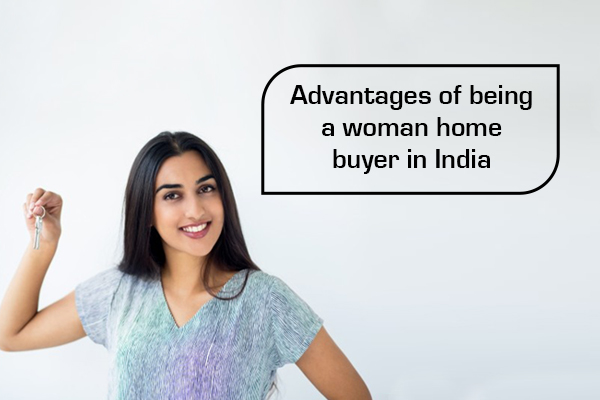 Women in India have finally stepped out from the shadows of patriarchy and are actively pursuing their dreams to make them a reality by becoming financially stable and independent. Since the beginning, women have always been the decision makers when it came to running the house and managing finances. But now they are also taking part in choosing and buying a property which was mostly done by the male members of the family. The real estate market is witnessing growth as far as women home buyers are concerned in the country. A recent study by Economic Times revealed that nearly 42% of women prefer real estate as an investment asset class, 30% chose fixed deposits and surprisingly only 17% were interested in gold.

As education and career take women away from their hometowns, property investment becomes a way of building long term stability for themselves. This trend is largely visible in metropolitan cities of Delhi, Mumbai, Bangalore, Kolkata and Chennai as well as Tier II cities such as Jaipur, Chandigarh, Lucknow, Raipur, and Mysore. According to a Track2Realty report, 32% of buyers across the country are single women who contribute to decision-making in about 74% of all real-estate purchases. Single women home buyers prefer cities like Bengaluru, Mumbai and Hyderabad because of reasons like safety, education and job opportunities and ample recreational joints and active nightlife. Real estate developers and home loan lenders have realized the potential of this segment and have come up with various offers and incentives to benefit and encourage female home buyers which will also eventually give a boost to the real estate industry.