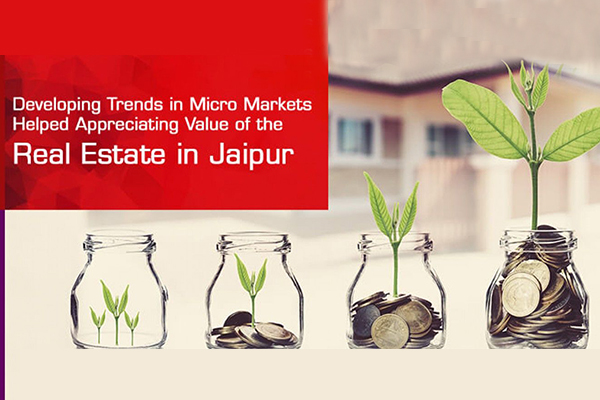 Real estate is an asset class which has risen steadily over a last few years. Developers have been successful in holding their prices even though buyers are still waiting for the bubble to burst, however if this trend continues then your investment will stand you in good yield.

A similar graph has followed in Jaipur where Jaipur reality has witnessed appreciation in cost in recent years. Jaipur, the prominent city of Rajasthan is a major commercial heart of country fulfilling all essentiality of a metro city. Also it has strongly built networks and roads connecting to the metro cities. It is one of the most prominent tourist destinations of India frequented by huge number of tourists from different countries who want to gauge into rich culture and heritage and also experience the lifestyle of kings who had lived there in the past.

Following is the property appreciation data from National Housing Bank calculated on Base Year: 2007 = 100

Growth in Indian Real Estate in 2022