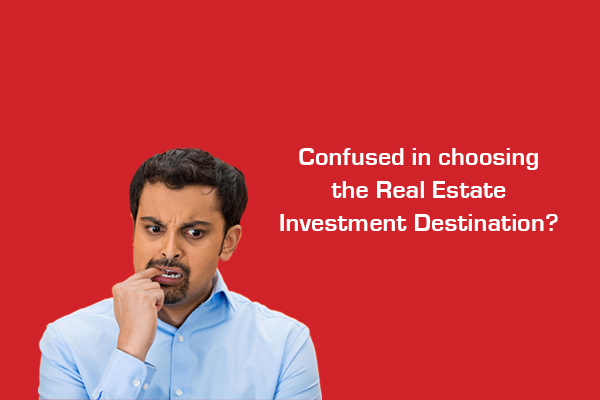 As urbanization picks up speed across the country, traditionally preferred metros and other main cities are getting saturated, causing a host of problems like traffic, stagnant employment opportunities, higher costs of living, sky-high property prices and more. This is having a roll-out effect causing real-estate investors and end users migrate to emerging residential real-estate markets.

The Rise in Demand for Non-Metros for Real Estate Investors

A Hindu news article reports that by 2030, India would have 104 Tier-II cities, 331 Tier-III and IV cities, whereas the number of Tier-I cities would be only 155. Tier-II and Tier-III cities have been named as “new cities in the making.” Availability of large land parcels, increased demand for affordable and quality housing, development of smart cities, fast urban infrastructure development, rapid economic growth, the Housing for All scheme by the central government are a few reasons why real-estate developers and buyers have shifted their focus to Tier-II and Tier-III cities.

Here, in today’s post, we shine the spotlight on three such emerging real-estate hot destinations in the NCR (National Capital Region) corridor – Bhiwadi, Noida Expressway and Noida Extension, highlighting the USP of each destination and what makes it a good real-estate investment.

The most sought after location for the middle-income salaried class working in Bhiwadi, though technically located in Rajasthan, is just off the NH8 highway and is part of the DMIC (Delhi Mumbai Industrial Corridor), giving it a geographical advantage. Considered as an industrial area, Bhiwadi has transformed into a full-fledged lifestyle destination in the last few years, making it a great choice for potential real-estate investors.

Here’s why Bhiwadi is right now one of the most-sought-after real-estate investment destinations in the country.

The best part is that Bhiwadi is just under a 45-minute drive away from the IT hubspot of Gurgaon, making it easy for residents to “Live in Bhiwadi and Work in Gurgaon.”


Where to Invest in Bhiwadi?

You can consider areas such as sectors 24, sector 77, sector 39, off Alwar road, Vasundhara Nagar, highway etc.

The Noida Expressway runs for a distance of 25 km and is a six-lane highway, connecting Noida to the Greater Noida region. It starts at Sector 15 A of Noida and ends at the Alpha commercial belt in Greater Noida. South-East Delhi is only 40 km away from the Noida Expressway. Noida expressway has emerged as a good destination for people residing the Noida but it’s certainly not ideal for people working in Gurgaon. The nearest mall is GIP which is more than 15 km away. Its standard FAR is 2.75 (source: para 24.2(ii), page-19 of NOIDA building regulations,2010), hence offering ample of green space in the condominiums.

Here are a few reasons why investing in residential properties along the Noida Expressway is a worthwhile investment.

Where to Invest in Noida Expressway?

Greater Noida West popularly known as Noida Extension or the Greater Noida Industrial Area is a region located at the intersection of the western and eastern freight corridors. Noida extension also has the crown of being amongst the affordable housing destination. It lies next to Noida, one of the biggest industrial townships in Asia. Greater Noida is also the gateway to the DMIC (Delhi Mumbai Industrial Corridor). Set up in January 1991, Greater Noida was established to decongest Delhi, by attracting population with economic and urban growth.

One of the biggest drawbacks of Noida Extension is higher FAR. For instance, it’s common to see nearly 4000 flats constructed in an area of 15 acres, which reduces the available green space for an individual. The standard FAR in Greater Noida is 3.5 (source: para 3(2), page-2734 of Gr.NOIDA building regulations(second amendment),2013)

When Greater Noida reaches its maximum capacity, it would have nearly 300,000 families living within a radius of 5-7 km. Though it has a 4-lane road running through it, it’s expected that roads would be congested with bumper-to-bumper traffic especially during rush office hours.

Earlier the government under Akhilesh Yadav had approved construction of a 15-km metro project to connect Greater Noida’s Knowledge Park 5, near Ace Divino with Noida Sector 71. Even though the GNOIDA authority has approved the project, it has been halted due to budget troubles. With no progress being made, residents are sceptical whether the project will ever see the day of light.

With that said, here are 3 reasons why investing in real-estate in Greater Noida pays handsome returns.

The majority of apartments in Noida Extension ranges from 700 sq.ft to 1500 sq.ft, compared to other regions in Noida, where average flat sizes range from 3000 sq.ft to 4500 sq.ft.

How to Invest in these Emerging Real-Estate Destinations?

You have several choices to park your surplus funds in these upcoming destinations. You can invest in apartments, row houses, villas, plots, commercial spaces and even in other value-added real-estate properties like child-centric homes and senior homes.

Invest in these emerging markets quickly as due to increasing demand, properties in these areas are not likely to be available on the market for long.

Why greenery is an important factor to consider while buying your next home?

Is it the right time to buy property in Jaipur