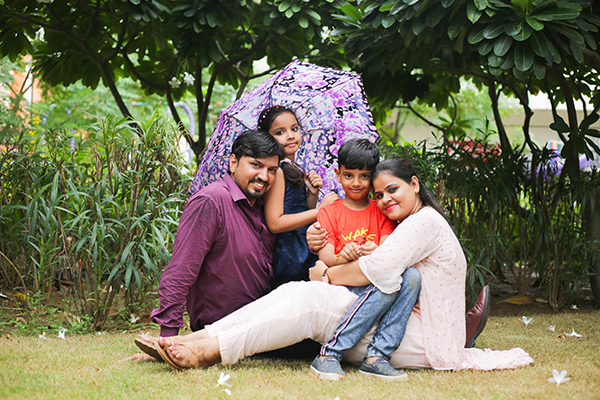 The Neighbourhood Effect: Where Your Children Grow matters more than You Think

Psychologist believes that a child’s environment during the early years has a huge impact on their behaviour and attitudes. Apart from the family, the neighbourhood in which they grow up is an integral part of the environment that influences a child’s development. Here are some of the ways the immediate neighbourhood plays a crucial role in the overall growth of your child:

You may have come across dozens of articles emphasizing that children need to grow up in wide, open spaces with plenty of greenery. Sadly, today our cities have become concrete jungles with endless tall buildings and no open spaces.

Children are balls of energy. The lack of open spaces forces children to remain indoors. The end up resorting to other forms of sedentary entertainment like – televisions, video games, mobiles, etc. Overexposure to this form of adrenal or dopamine rush often has a detrimental effect on their mental, physical and emotional health. The average screen time of children between ages 0 to 8 has tripled from 15 minutes in 2013 to 48 minutes in 2017.

Decline in outdoor playtime due to the lack of safe and secure playgrounds is one of the biggest contributors to the rise of childhood obesity. India has the second-highest number of obese children in the world, with over 14.7 million reported cases.

Take the case of 10-year old Arohi from Delhi*. Here’s what her dad has to say, “My son was growing lazy and obese by spending most of his time on this videogames and toys. My wife and I are both working. We have limited time on our hands to take him to a playground that was a drive away from our old home. His immunity started falling. Staying cooped indoors frustrated him and even weakened his immunity levels.”

This was when the family decided to move from the congested streets of Delhi. The family shifted to Ashiana Town in Bhiwadi, a child-centric apartment complex with kid-friendly amenities and wide open green spaces. The shift in the neighbourhood did wonders for Arohi. Today, he loves playing football with his friends at the playground within the complex. He is now a healthy and happy child.

The neighbourhood your child grows in impacts your child’s social and emotional well-being. Growing up in run-down communities with crimes and discouraging role models is a burden on a child’s social well-being. A study found out that children living in areas prone to urban crimes score poorly on standardized tests, probably due to the anxiety and distraction levels in the neighbourhood.

Do you remember your childhood days? Endless hours of street cricket, playing ball, 7-stones, lock-and-key, cycle races, and other games with the neighbourhood kids was our treasured memories. But, today our streets are empty of children.

One common complaint by parents is that their neighbourhoods aren’t safe to allow children to play unmonitored. The other complaint is that there are no proper amenities in the neighbourhood. Broken swings, run-down slides with sharp edges pose serious hazards.

The result – children either spend all their free times indoors glued to screens or parents over-schedule structured classes to keep kids occupied. Children don’t have the means to engage in free play with other children of their ages, thereby missing out on crucial social skills.

In most developed countries like Singapore, Japan, Germany, and others, children learn civic rules right from an early age – segregating waste, taking care of the public property, keeping their surrounding clean is all part of their growing and learning process.

Take the case of Viyan*, an 8-year old. To his parent’s dismay, he had a bad habit of tossing candy wrappers and other food covers out of the car window. In spite of repeated warnings from his parents, he continued to do the same. What vexed his dad was that Viyan was a studious kid, who kept his room clean.

One day, his dad Mohit decided to sit Viyan down and ask him the reason for his bizarre behaviour. “Papa, I’ve seen our neighbour uncle and aunty throw food wrappers out of their car window when I went for a drive with them. They even have a game to see who throws farthest.”

Kids learn by imitating others. This is the main reason why children need the right role models. To give an example, when children see other adults littering or damaging public property, they assume that it’s the right thing to do. Later, when they grow up in life, they are likely to repeat the same thing.

It’s not just the Home, but what’s Happens Outside Too Impacts Children

The upbringing of children is not just the responsibility of the family, but of the entire community. A child doesn’t have a choice of who he or she around. But as a parent you do.

You would have heard the popular Indian saying, “It takes a village to raise a child right.” Sadly, with the increase in nuclear families, and both parents working, children today lose the “big, extended support system,” that we enjoyed a couple of decades age.

So, what do you do as parents? Make sure to consider the neighbourhood you’re raising your child in. If you’re house-hunting, look for kid-centric homes that offer the right environment for children to learn values and   Child-centric homes are specially designed residential complexes, where the focus is on our children.

Plenty of amenities, the right infrastructure, social skills development classes by trained educators, a valuable community of like-minded families, child-centric homes offer the right environment for children to thrive and blossom. already mentioned above review this

To know more, get in touch with us or schedule a visit to one of our child-centric homes.

Buying a Home suitable for your Kids

All you need to know about the Kids friendly homes

6 Ways How Homes help in the Early Learning Process?