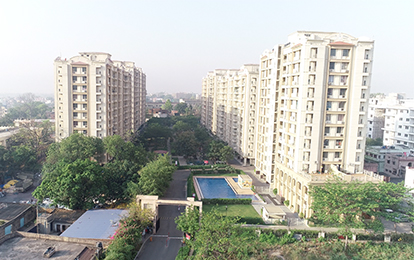 Ranchi, Patna, and Jamshedpur, all three citieshave their unique attractions and ways of living life. Each of them has its ownarchitecture, their own culture, and tradition, and are in no way inferior toanother. However, from an ideal perspective, a quantitative analysis of being a‘more developed city’ can be done.

Patna, the capital of Bihar, is the 19th largesturban city in India. It has a population of about 2.39 million people, with aliteracy rate of 83,37%. Patna is well connected with Air, Rail, and Roadroutes with the rest of Bihar and the majority of Eastern India.

The foundation of the city can be dated as backas 490 BCE. Its name has changed several times over all these years, currentlybeing Patna. The majority of Patna’s economy primarily depended on agricultureand the export of agricultural produce. However, around 2005, Patna has seenrapid growth in the Fast-Moving consumer goods industry. In 2009, Patna wasstated as the 2nd best city in India to start-up a business. It is the 5thfastest growing city in India with an estimated annual growth of about 3.72%.The city is also emerging as an IT-based economy with a newly established TCSoffice, that became operational in 2019.

Patna has a large number of primary and highschools that are both public and/or privately owned. It also has a large numberof institutes of higher education like Patna University, IIT Patna, NIT Patna,AIIMS Patna, Birla Institute of Technology Patna, and many more. Patna, beingan old historical city, is studded with monuments and places of historicalimportance. Apart from that it also has a lot of modern-day built parks andrecreational centers. Tourists visiting Patna account for about 40% of thetotal tourism of Bihar.

Patna has always been an important city, and asa result, continues to see immigration of people till date. However, the livingconditions here are a bit congested and crowded. People who are fond of calmsurroundings and empty roads won’t adore living in Patna very much.

Ranchi – the capitalcity of Jharkhand

Ranchi, the capital of Jharkhand, is the 46thlargest urban city in India. It has a population of about 1,073,427 people (andcounting), with a literacy rate of 87.68%. Ranchi is well connected byRailways, Roads, and Airways. It has its own airport as well as a RailwayStation.

It is one of the major industrial cities ofEastern India. Due to its richness in mineral reserves, it is home to a lot ofmineral-based industries like SAIL, MECON.Ltd, Central Coal Fields, STPIRanchi, Heavy Engineering Corp, etc. According to a survey of ASSOCHAM(Associated Chambers of Commerce and Industry of India) in 2010, Ranchi was thehighest employment generating tier-III city in India, after Mangalore andMysore.

The city has a number of public and privateschools and colleges that provide primary as well as higher education tostudents of Ranchi. However, one may have to move out for better Engineering/Medicalcolleges (like in any other city). Ranchi is lined up with places to visit, themost popular ones being Nucleus Shopping Mall, Dassam Falls, Getalsud Dam,Hundru Falls, Jagannath Temple, Kanke Dam, Rock Garden, Sita Falls, TagoreHills, etc.

Since Jharkhand’s formation, Ranchi has seen alot of immigrating people, in search of better jobs and a better way of life.This has always kept the demand for Real Estate alive in the city. Living costsare low to medium as compared to a tier-I city and people here lead a calm andpeaceful life.

Jamshedpur – the steelcity of India

Jamshedpur is the 36th largest urbanagglomeration in India and is the First Planned Industrial City of India.According to the 2011 census, it had a population of 629,659 people with anaverage literacy rate of 89.41%. Jamshedpur is home to the first private SteelPlant in the country i.e. Tata Steel, which is the largest in India. TataMotors is the second major industry of Jamshedpur. Nuvoco Vistas Corp’s is Asia’slargest Cement Grinding Plant located in Jamshedpur. The city is well connectedwith National Highways and rail routes. Sonari Airport (mainly used for TataGroup’s chartered planes) currently serves the city, however, a new airport atDhalbhumgarh is under construction.

It is ranked no. 1 in the Cleanliness Survey2020 and is also ranked 2nd in India in terms of Quality of Life. Jamshedpur ishome to a large number of zoological parks, gardens, recreational centers,malls, shopping complexes, etc.

Jamshedpur is one of the fastest-growing citiesin India and as a result, it’s always in demand when it comes to Real Estate.Many companies and Real Estate Giants have established their projects in thisprime city.

Being a modern-day planned city, it is quitecalm and much less crowded than the likes of Ranchi or Patna, as a result,people moving to the eastern part of India, mostly prefer Jamshedpur over thenearby cities. There are a large number of Real Estate Projects that are beingbuilt or already built in the city.

Ashiana Housing Ltd. also has two of itsluxurious Comfort Living Home projects in the city, i.e. Ashiana Aditya(Adityapur) and Ashiana Sehar(Pardih-Mango). Both these projects have all theinternational standard amenities that one requires in any housing project like– 24×7 security guards, 24×7 CCTV surveillance, common area maintenance,garbage Collection, daily use shops, on-call servicemen, kids play area andclubhouse. On top of all these basic services, both the projects are lined withstate of the art amenities like –

While all these basic and additional amenitiesmake these housing projects top the buyers’ desirability, the brand has gotmore to offer. The consumer trust over Ashiana Housing as a reliable realestate brand is based on the promises the developer has delivered upon over thedecades-

Be it any project of ours, timely possession of the house is aguarantee

We at Ashiana Housing, strongly believe in ‘What You See is WhatYou Get’, thus maintaining full transparency throughout the buying process

Our maintenance & management teams strive to give you the bestliving experience. We’ve been doing an excellent job in the pandemic situation,our residents can vouch for that, and we’ll continue to so in the future aswell

Our projects are always well designed in such a way that ample exteriorspace is available to the residents, but again, not at the cost of congestedapartments, we tend to strike a perfect middle ground every time

All our projects are gated, and convenience stores are present oncampus, playing area for kids, walking area for adults, ours is a perfectproject for the whole family.

Other posts by Athira Kumari

Would a home near your office make a difference in life?

Do homes need to adapt to Work from Home?

Where to look for Premium Residential Homes in Pune