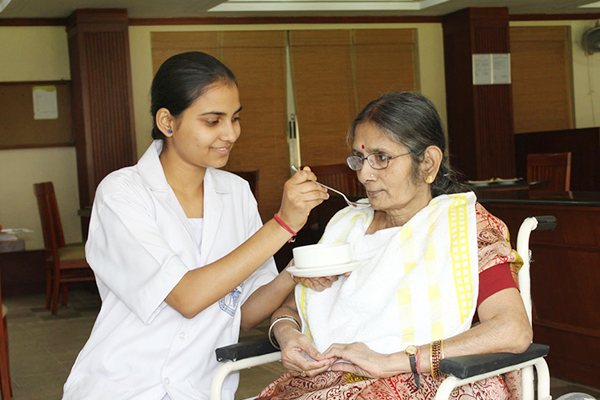 Four Most Common Myths About Dementia

Dementia is a group of symptoms related to the loss of memory and other mental faculties which impairs a senior person’s ability to perform simple day-to-day activities. The most common form of dementia is Alzheimer’s disease. World Health Organisation predicts the number of people living with dementia may double every 20 years to 42.3 million in 2020 and 81.1 million in 2040. India currently has more than 4 million people suffering from dementia. Forgetfulness and irritability in the elderly are considered a natural progression of age and thus dementia is diagnosed at a much later stage when not much can be done to tackle it. Due to the lack of awareness, dementia is plagued by various myths.

Some of the most common myths about dementia are:

Myth #1: Dementia is a normal outcome of aging

Fact: Dementia is a general term to describe progressive decline of memory or other mental faculties that prevent a person from performing normal everyday activities.

If it were indeed true that dementia is a normal outcome of aging, then people in their mid-60s and above would have it – which is not so. Many adults advance into their 70s, 80s and 90s without much memory decline.

Myth #2: If my family has dementia or Alzheimer’s disease, I will have it, too

Fact: Alzheimer’s disease is the most common type of dementia. Although genetics can be responsible for the development of Alzheimer’s disease, it is likely to be only one of the many factors that plays a role because lifestyle and environmental factors also contribute towards its development.

Myth #3: There is absolutely nothing I can do to reduce the risk of dementia

Fact: Although research is closely examining lifestyle and environmental factors with regard to the risk of developing dementia, it appears that regular exercise and healthy nutrition help lower the odds of getting dementia.In other words, what’s good for the heart is also good for the brain. And staying active socially and keeping your brain fit via crossword puzzles, mediation, yoga, reading and learning new skills are considered important in decreasing the risk or at least delaying the onset of dementia.

Myth # 4: People with dementia can’t understand what’s happening around them

Fact: Some people believe that because a person with dementia isn’t communicating normally means that they can’t understand what’s happening around them. This is not at all true – because the part of the brain responsible for communication is different from the part of the brain responsible for awareness. So while they may have difficulty in communicating, they most likely do know they want and can understand the situations they are in. Therefore patience is very important when communicating with people living with dementia.

Dementia causes a huge strain on health, relationships and finances but it can be prevented to a large extent with the help of an active and healthy lifestyle. Activities which engage and challenge the mind and body help in keeping many mental and physical diseases at bay. One should also get regular health checkups done especially after the age of 30 because prevention is always better than cure.

Living at Home Vs Living at Senior Living

7 Best things to do when you Retire